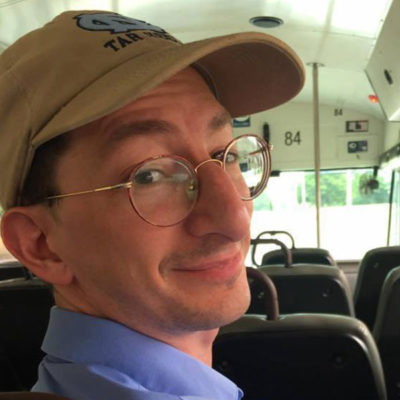 Dan Reichart is a Professor of Physics and Astronomy at the University of North Carolina at Chapel Hill, and directs the Skynet Robotic Telescope Network.

Reichart’s dissertation research on distant, cosmic explosions called gamma-ray bursts was ranked by Science Magazine as one of the top ten discoveries in science in 1999, and in 2003 earned him the Robert J. Trumpler Award, for top astrophysics dissertation research in North America.  In 2005, he and his students discovered the most distant explosion in the universe yet known, a gamma-ray burst that occurred 12.9 billion years ago, when the universe was only 6% its current age.

Since 2005, Reichart has been building Skynet.  Skynet is an ever-growing collection of fully automated, or robotic, professional-quality telescopes under the control of software developed by Reichart’s team.  Currently, Skynet spans four continents and five countries, and consists of nearly twenty optical telescopes, with mirrors ranging in size from 14 inches to 1 meter in diameter, as well as a 20-meter diameter radio telescope.  Skynet publishes in peer-reviewed journals, on average, once every three weeks, and simultaneously serves tens of thousands of students, of all ages, graduate school through elementary school.

Most recently, Skynet’s PROMPT-5 telescope at CTIO was the second of six groups to discover the LIGO-triggered kilonova of 2017.